If you’ve never heard of Phonegap/Cordova and can’t understand what the fuss is about, Phonegap/Cordova is essentially a framework for Hybrid App Development that allows you to build apps for multiple platforms ( iOS, Android, etc ) using simple JavaScript/HTML/CSS code.

Adobe Phonegap & Apache Cordova are essentially the same thing, the only difference is their branding, Phonegap is supported by Adobe and is proprietary software. Whereas Apache Cordova is the open source version of Phonegap. Due to this, these both names can be used interchangeably when describing the framework.

Since Cordova uses Android System Webview, it can be a little slower & less responsive when compared to apps that are completely built using Native Languages ( Java, Kotlin, Swift ). But hey, since Cordova is providing us with so many awesome features and saving us ( the developers ) so much time by allowing us to build apps for multiple platforms using the same code! It isn’t fair to complain about it and say that it’s slow.

That’s why, in this tutorial, we’ll be looking at a few ways to improve the performance of Cordova apps by applying a few fixes here and there. If done right, it can allow you to get the best of both worlds without having to compromise on app performance or development speed

Before moving ahead and working on optimizing the Cordova app, let’s have a look at what we are competing against – A Natively Built Application

The Natively built android application is written from the ground up, using only the native language that is prescribed by the Operating System. ( For eg, Java/Kotlin for Android and Swift for iOS ).

Native applications are almost always going to outperform any Hybrid / Cross-Platform application because they are compiled to binary/bytecode and there is no layer between the code and its execution. Whereas frameworks such as Cordova have an intermediate layer ( Webview ) that interacts with the user. This layer slows down the application considerably.

There might be a misconception that all of these languages – multiple platforms frameworks work similarly. But that is not true, even though they offer the same thing, there is a significant difference in how they achieve it.

Most of these frameworks can be classified into two categories

These apps usually have an embedded browser inside them ( System WebView ) and they use this embedded browser to simply show the HTML/CSS/JavaScript code as it is without doing any major modifications at all.

Without any optimizations, there is almost no difference between the performance of a Mobile Browser Website and a hybrid application.

The only significant advantage of building a Hybrid application is that they allow a web app to access the native mobile components ( Vibration sensor, Geolocation sensor, proximity sensor, etc )

Frameworks such as Cordova/Phonegap fit into this category

They are a little different than Hybrid Frameworks, instead of simply displaying the HTML/CSS/JavaScript code as a web application, they compile the Web Components into Native Mobile Components.

For example, a simple HTML heading <h1> is compiled into the Android equivalent known as <TextView> to display the heading.

This compilation improves the performance by a huge margin when compared to Hybrid apps, but they don’t match the level of Native applications as these apps usually still have a Background JavaScript Thread running to process the Data / UI changes.

Frameworks such as React Native & Xamarin fit into this category

How to enhance the performance of a Phonegap/Cordova App?

Now that we have looked at where Cordova stands, it’s time for us to work on improving the speed as much as we can.

But there’s a problem, we can’t improve on something that we cannot measure. That’s why we’ll be using a Benchmarking tool called Jetstream2 to measure the performance of the Cordova Application before and after making performance-improving changes

The above benchmark test runs through a couple of intense tests that cover almost all aspects of user experience and gives you an average score at the end. For the initial test that we ran without any optimizations, the Score was 31.203

After all of the introduction, you may have a few guesses as to what causes these performance slowdowns. And if you guessed System Webview then you are right.

System Webview is known to be generally slow & non-dependable. The implementation of Webview also varies from device to device. This can cause code to be unreliable and have varied performance on different devices

Yep, that’s right, we are going to ditch the default System Webview in favor of Crosswalk webview, now there are a few benefits & downsides to making this change

To install Crosswalk Webview in a Cordova Project

And that’s it! Within a few minutes, we replaced the default System Webview with that of Crosswalk. This should now create huge performance improvements which we’ll be measuring later

This tip is not so much about improving the performance of the Cordova app but more about making the app feel more responsive and smooth.

The problem with most Older WebView Implementations is that they add a 300-millisecond delay between the user click and the actual click being registered onto the device. This is done to properly register double taps.

But in reality, a delay of 50-100 milliseconds should get the job done and that’s exactly why a library called fast click was made to circumvent this situation.

And done! Try recompiling the application and you should now notice that the touches/taps feel a lot more responsive and native-like than before

Tip 3: Web Optimizations to Improve the “performance” of Phonegap application

This can be done by batching the layout changes into one and pushing all of them at the same time so that multiple updates can be processed in a single re-render.

A good example of this would be a Todo List Application where you have to re-render the List as soon as someone adds a new task. Normally, to render an entire list of tasks we run a for loop and append the task elements one by one.

One way to reduce the re-renders, in this case, would be to create a new element and add all of the tasks to it and only append the new element once.

Be vary of Memory Leaks

Nothing causes the app to slow down more quickly than having multiple memory leaks. The main culprit of memory leaks is having open listeners or open database connections.

This might seem a bit odd at first, but it’s true, CSS Gradients can slow down the rendering of the application as it has to render multiple colors and most browser rendering engines are not optimized for this.

Instead, use Static Images wherever CSS Gradients are required as they are more performant.

Prefer CSS Animations instead of JavaScript

CSS Transitions and Animations are generally faster and feel smoother when compared to manual animations made by altering the properties ( height, rotation, width , etc ) in JavaScript

This is because most browsers and WebView Implementations optimize the CSS Transitions but there are no such default optimizations for manually created JavaScript animations.

We took a look at quite a lot of methods to optimize the app and covered almost every area where optimization was possible.

After doing all of that, let’s check if it was worth it and try to run the benchmark test again.

Impressive! A total of 123.495% increase should surely make the app feel a lot more smoother and responsive on most mobile devices, in fact, most users with relatively modern devices probably won’t even notice a difference between a Heavily Optimized Cordova App and a Native Application. But it is a fact that Hybrid Apps will still be behind native applications in one way or another. So it’s only recommended to go for Hybrid Apps if multi-platform development is a requirement and you can compromise on performance a little bit. 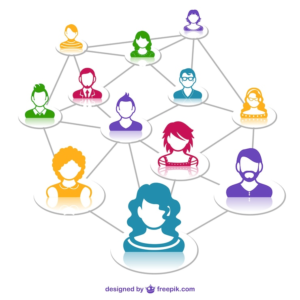